What are Group Chats?

Group chats are invaluable to any student group, keeping lines of communication open whilst helping members stay connected. But if you want to avoid the hellfire of SMS group texts, or the formality of long email chains then you and your group need to agree on a single app. Below we’ve listed a few of our favourites, along with some notes on why they might be right for your group.

What to Look for in a Group Messaging App

All group messaging apps have their quirks. Some have the look and feel of texting, while others are built explicitly for workplaces or gamers. So, before we start looking at apps, let’s take a second to go over some of the features that may be important to you and your group:

Now that you’re caught up on some group chat features, it’s time to get into the nitty-gritty. Behold, the best group chat apps: 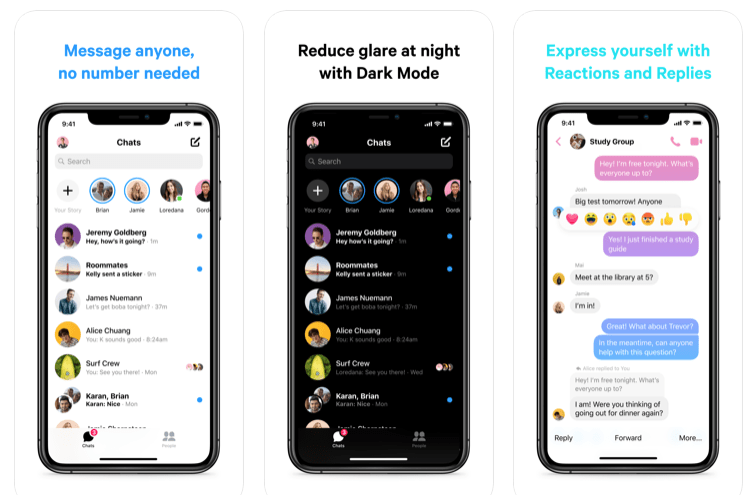 Why not keep it simple? Most of your members will already have a Facebook or Instagram account, and both services are perfect for group chats. They have live-chatting features and built-in voice and video calls, and some group chat customisation features (like nicknames or coloured text bubbles).

And, let’s not forget that Facebook Messenger is fully integrated with Facebook Groups. This means that, through Facebook, you and your membership can share files, coordinate events (with push notifications), and easily invite anyone to your group.
Instagram’s chatting features don’t work well on computers or tablets, but this may change in the near future. 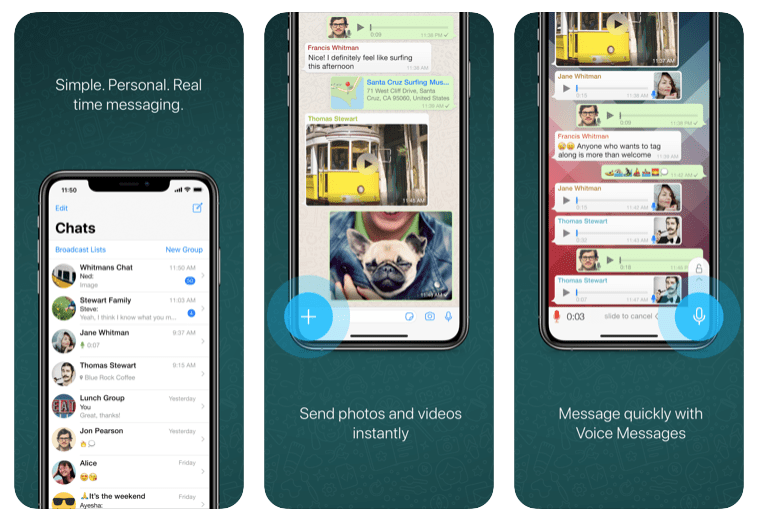 If you want a robust free group chat app that feels like texting, then WhatsApp is your best bet. The Facebook-owned service feels like SMS, but with great live-chatting features, video and audio calls, statuses, screensharing and the ability to send documents and files to friends. And, while the service is linked to your phone number, you can use WhatsApp on any device, including your computer.

You can even play some games. 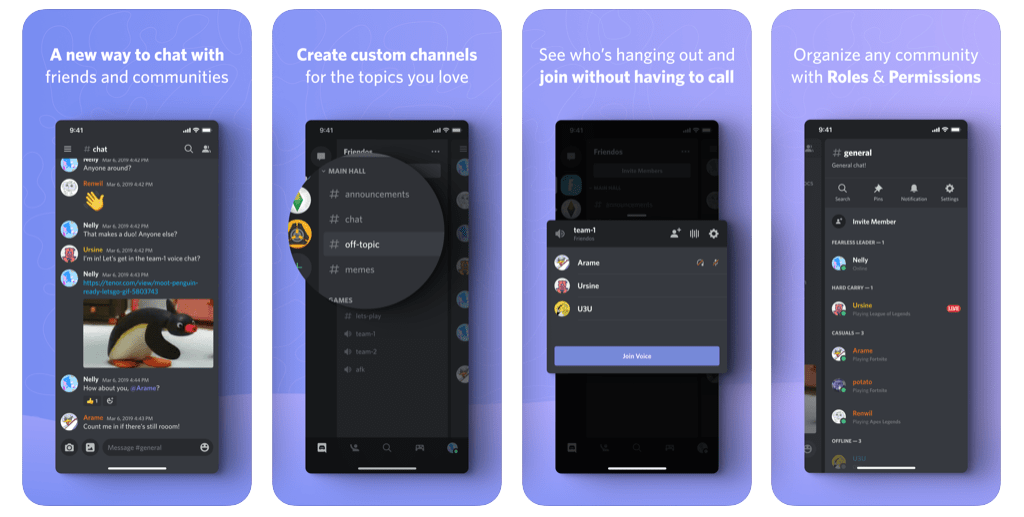 Discord is targeted toward gamers, but the service is designed in a way that’s perfect for student groups and sports teams. As the leader of a group, you can create a free discord server with all sorts of channels. These channels act as separate (but connected) chatrooms, so you can easily divide conversations by topic or hold private conversations with other group leaders (eg committee planning meetings). Particularly good if your student group has lots of different activities or sections.

Feature-wise, Discord has just about everything that you could ask for. It’s got statuses, voice chat, customizable emojis, and even file sharing. It works on any platform, and it’s totally free. The only obvious drawback is that, unlike Slack, Discord can’t pair with many third-party services (like Google Calendar).

Cool things to do on your Discord Server. 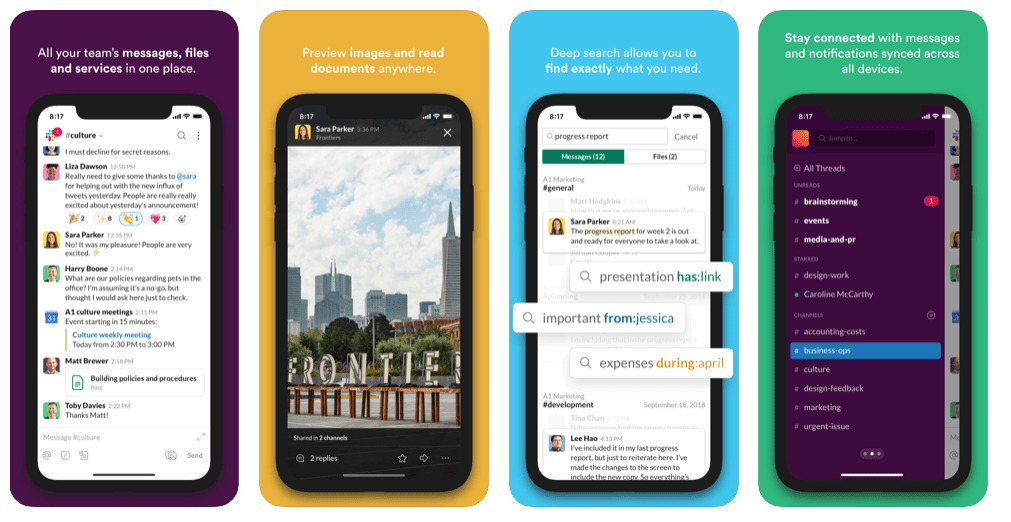 Originally designed as a workplace communication tool (and still often used as such) Slack has reached huge levels of popularity amongst its users. The business-oriented instant messenger is made up of servers and channels, and it’s packed with familiar features like statuses, file sharing, and custom emojis

Unlike Discord, Slack works very well with third-party services. Its Google integration is awesome - you can easily share or edit Google documents or calendar events right from the Slack chat, which may be very useful for groups who do a lot of their administration via Google. The service also works with apps like Zendesk, Trello, and GitHub, and it has built-in video and voice calls. It also supports Threads, which keep conversations (and your notifications) tied to specific messages.

The free version of Slack works for most small groups, but larger groups may want to pay for a premium plan, which allows for upgraded storage, unlimited messages, and unlimited channels.

There’s lots of different apps you can add to your Slack to bring some fun to your members too! 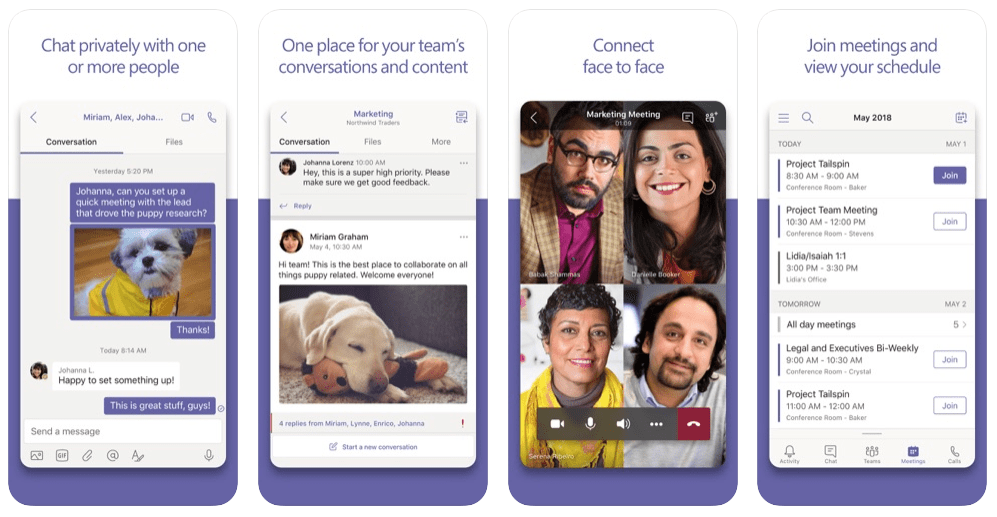 Microsoft Teams is a group messaging client that’s aimed toward Microsoft 365 users (all University of Bristol students can access by signing in via your University account). It shares many features with Slack, including threads, video calls, and file sharing. And, because Teams is integrated with Office, you can edit documents with your teammates right through the Teams application, which is really useful if your group does a lot of administration via Office.

Teams is mostly a service for Microsoft 365 users. It doesn’t integrate with third-party apps, so you won’t get much use out of Google Calendar or Trello. It’s a great option for groups who use Microsoft software, but it may be too limited for others. 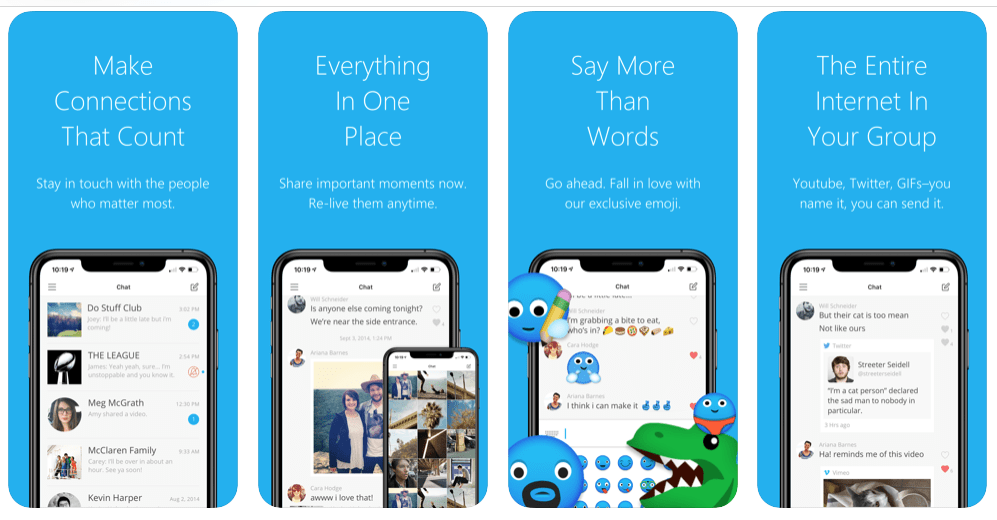 This free app is designed specifically to aid group chats. It comes with the ability to sign up using your phone number or just email. Moreover, if a contact isn’t on GroupMe, they can join the conversation over SMS, ensuring that nobody is left out of the chatter. GroupMe also comes with a web client at groupme.com, so you have the option to talk to your friends and family without ever needing your phone.

It’s a simple app, and does what it’s supposed to do. So if group messaging is what you need, we strongly suggest you try out GroupMe. The app also comes with a few exclusive emoji, adding more flavour to your chats. 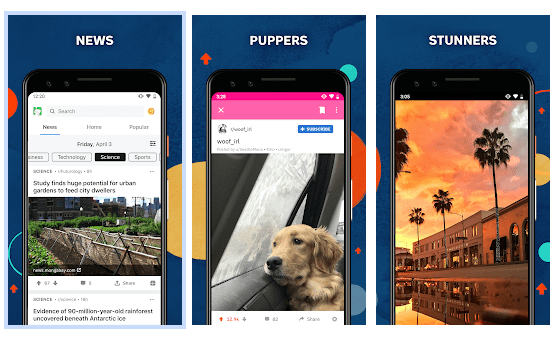 Reddit calls itself the ‘Front Page of the Internet’ and is incredibly popular (often ranking in top ten website lists) Basically, it’s a group of people meeting on the internet, sharing stuff, and talking to one another about it.

You can set up and engage with chat forums where you can set up your own subreddit for your student group. Posts on your subreddit can comment upon and be up and down voted. Might be good for groups who want to reach a wider audience, but difficult to keep it ‘members only’.

Works like a newspaper where all your members can have an opinion.